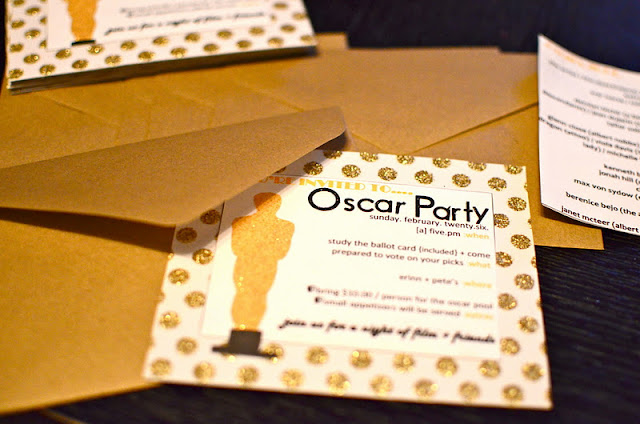 The official ballots are out for the 2012 Oscars! And I couldn't be more excited!!
Not for the actual show really {although i do enjoy watching them} but for my upcoming Oscar Party!!
See, last year I had decided that I wanted to throw an Oscar party but it was a little too late. I started the process with a week to the show airing and just gave up on the idea. I wanted to do it right. I wanted to actually mail out invitations, have the proper decorations, create the perfect themed appetizers, and just put that 'Erinn' spin on it.
So here's the first of many crafts formed around this festive night.
You're Invited...... 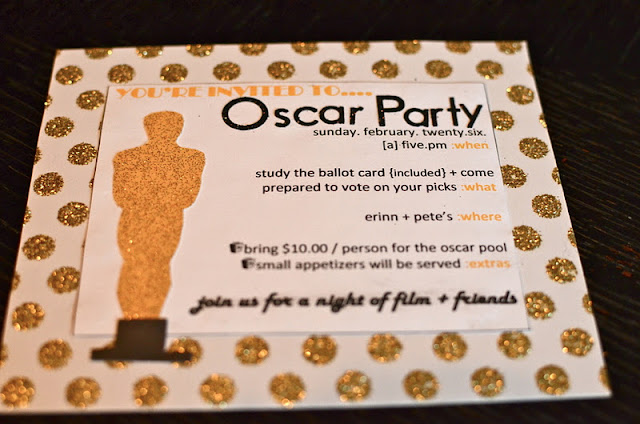 .here's what i did & what you'll need.
black paper {small piece, just for base of statue}
white paper
card stock with a pattern on it {I went with gold polka dots}
gold paper {go with glitter!}
statue cutout {i included a version at the bottom}
scissors
glue
.directions.
one] i typed up what i wanted on my invite and printed it out on white cardstock. 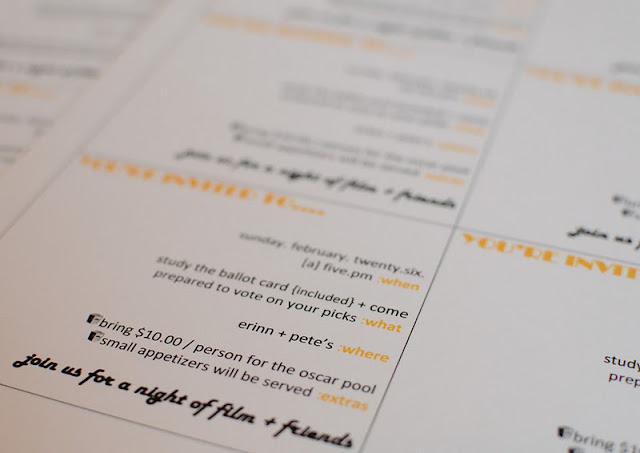 two] then i cut each printed card out along the lines and pasted onto the polka dot cardstock {in the middle, leaving 1" on all sides}. Cut the polka card out. 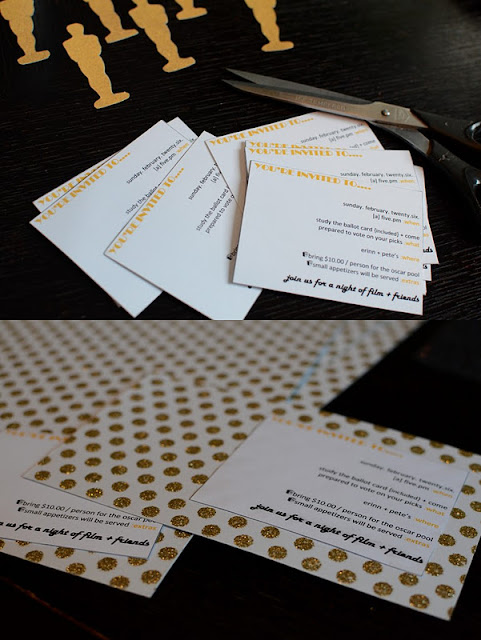 three] i now traced a mini oscar shape onto the back of the gold glitter paper and cut out the cute little statue. repeat this for how many mini statues you need. 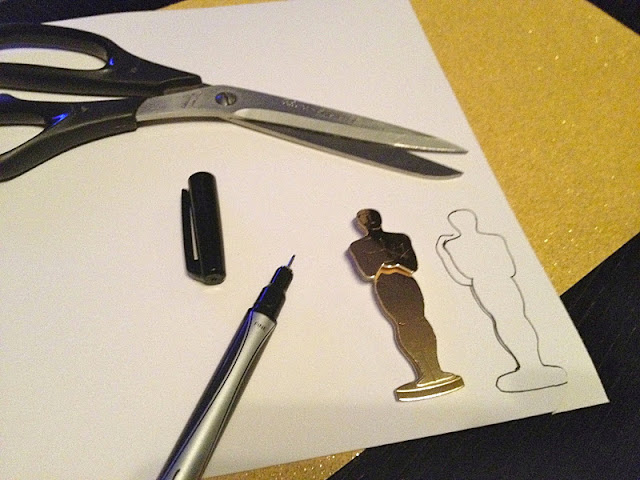 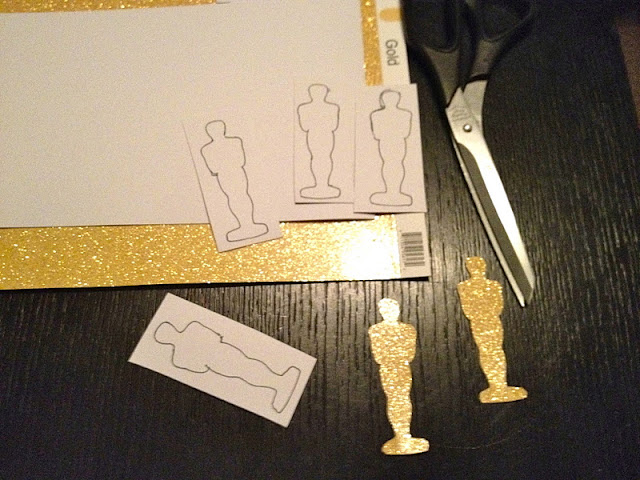 four] i was lucky and the glitter paper i choose had an adhesive backing to it, so i just peeled it back and stuck it down, but if you can't find that paper just glue the cut-out mini statues onto the left hand side of the invite. leave a little space at the bottom for the base of the statue, which you'll just cut a square out of black paper.
five] I also had some tiny glitter alphabet letters, so I stuck those on the title to make the "Oscar Party" really pop out. 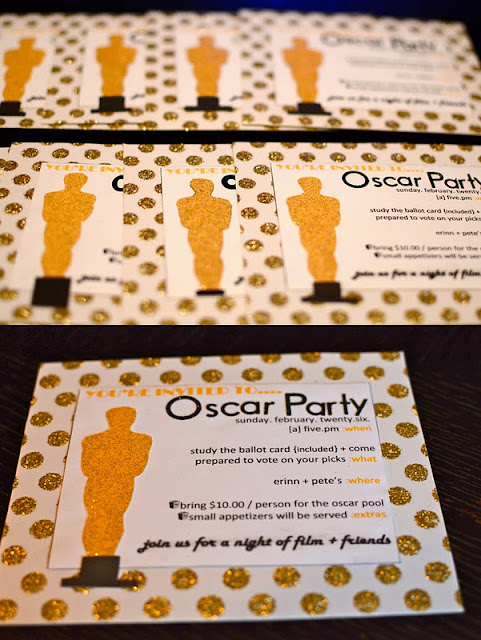 six] i also mailed a piece of paper {the ballot card} with the 2012 nominations for my guests to review before coming over. when they arrive for the oscars, i will have the actual ballot card that they will need to fill out, but this just helps for preparation and to keep things exciting and fair. 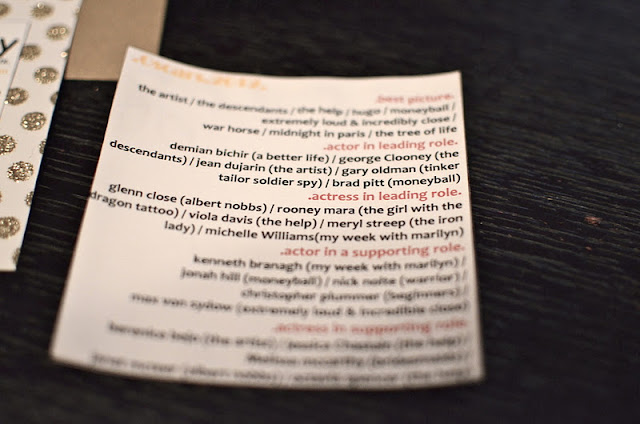 seven] and then mailed them away in a gold envelope!